I took off Monday, Columbus Day, from work as a vacation day, but lest you think I am a fan of Chris, let me share this shirt of my wife’s that is one of my favorites: 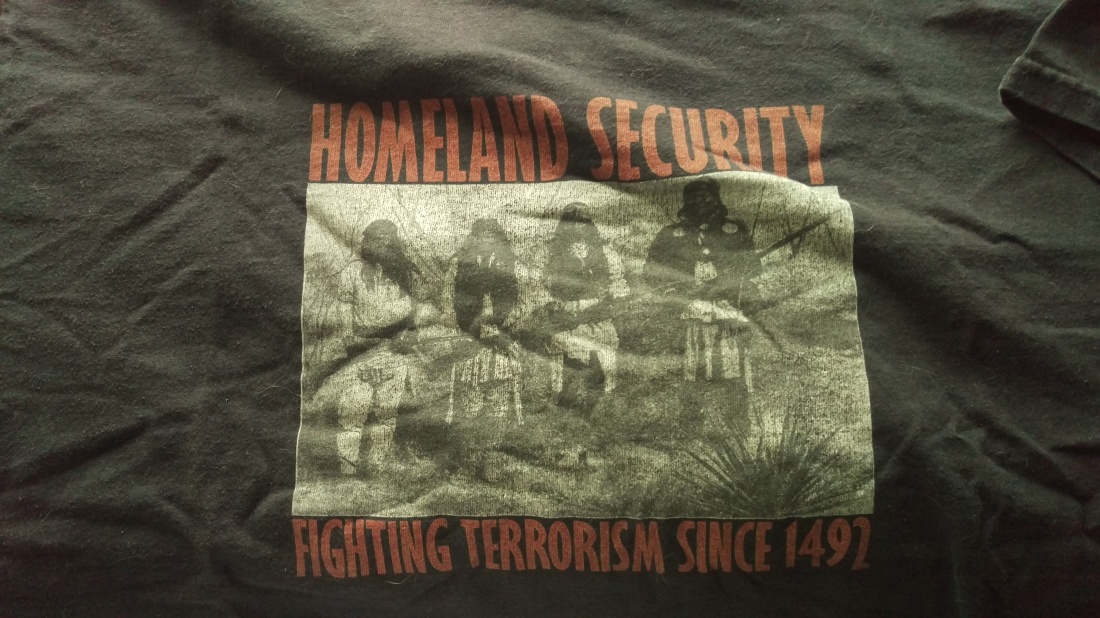 I only have so many vacation days in a year, so I try to take at least one day a month and I just happened to take this one. So how have I spent my time this weekend so far and what is planned for the rest of today and tomorrow?

Kim and I watched the finale to Season 7 of Game of Thrones, which was, as expected, amazing. I only read the first book and a half of the series, but to be honest, decided to stop because I knew George isn’t attached to characters. I thought, “Why should I be?” However, I’ve learned that the story is nonetheless intriguing…and those visual effects with the dragons stunning.

I’m probably going over to my neighbor’s “ManCave” (his garage) this afternoon to watch NASCAR. Then Kim and I are planning on watching a trilogy of movies, Before Sunrise, Before Sunset, and Before Midnight. They were directed by Richard Linklater and show the relationship of a couple, played by Ethan Hawke and Julie Delpy, over several decades. We’ve seen the first two, which we own, and are watching the third on Netflix streaming.

Since it is supposed to be a rainy day, we have another movie marathon planned, this one with favorite teen movies. We’re starting with The Breakfast Club, then going to watch Sixteen Candles, Pretty in Pink, and Some Kind of Wonderful. We might throw in Not Another Teen Movie, just for fun.

With all of this you might have noticed that I don’t have any reading time built in. That’s by design as on Saturday, Oct. 21, I’ll be taking part in Dewey’s 24 Hour Readathon. I already have 10 books set aside from which to choose, and which I will share with you all in next week’s Sunday Salon as well as telling you my plan of attack for the day.

So how are you doing this weekend? Reading, watching, listening to anything good? Let me and my readers know in the comments.

5 thoughts on “A three-day weekend”