Don’t let the subtitles scare you away.

Instead, let the show creep you out again and again. 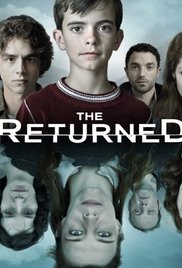 My wife and I just finished watching Season 1 of this gloriously suspenseful show and we loved it. I started watching it first, but then my wife was pulled into it too. She mentioned that a coworker had watched both the original French version and the American remake, which was canceled, and that the coworker enjoyed both of them, although the French one a little more, she said, partially because the American one ended before the storyline was finished.

The story is simple: People in a French village return from the dead years after they’ve died. Each episode focuses on a different person. Unlike The Walking Dead, this doesn’t feature gory, bloody scenes, but delves how a town, its families, its people deal with their deceased loved one being resurrected. It does have the gory, bloody scenes, but often they aren’t shown on camera — imagine Quentin Tarantino’s “Massacre at Two Pines” in Kill Bill 2. What grabs you isn’t the gore, but the unrelenting suspense — and the creepiness that surrounds the show, from the intro music via Mogwai that insinuates itself throughout the show to the scenes like where the one zombie, Victor, suddenly appears behind a woman at a bus stop as if out of nowhere.

I won’t say anymore lest I give away spoilers, not that there is much to give away because even after the end of Season 1, there are still a lot of questions left unanswered. Just go watch it. The show is available on Netflix.

What have you been watching lately that you’d recommend we or my readers should check out next?

2 thoughts on “The Returned – The French version”